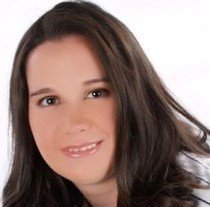 Charissa Vangi, M.Ed. is an educator, a curriculum writer, educational consultant, and a virtual teacher who has worked in the field of education for over twelve years. She is a mom to two little boys, aged five and seven.
Charissa holds two Bachelor's Degrees from Stockton University. The first is a degree in Criminal Justice, and the second, earned in 2007, is in Elementary Education. At the time that she received her degree in elementary education, Charissa became highly qualified and eligible to teach both mathematics and language arts at the middle school level. She earned her Masters' Degree in Curriculum and Instruction with a concentration in elementary literacy, in December of 2016.
Charissa spent many years working and volunteering in elementary and middle school classrooms. When she officially began teaching in her own classroom, she taught Language Arts, Writing, Mathematics, Social Studies, and Geography to grades 5-8 at a small private school in Central New Jersey. Charissa also wrote the Language Arts and Social Studies Curriculum for grades 6-8 and worked as an independent contractor creating Social Studies curriculum for a privately owned company.
About four years ago, Charissa began teaching English to elementary-age students in China via a virtual platform. This experience made her fall in love with virtual teaching!
When she is not teaching, Charissa, her husband, and their two young boys enjoy playing baseball, swimming, and playing on the beach.
Charissa believes that the goal of education is to encourage students to dream about the wonders of the world. Whether they aspire to climb Mt. Everest, create new inventions, or write the great American novel, students should be encouraged to develop to their full potential. The role of education is to promote the development of a child’s future. She commits herself to leading her class on a journey to their future. She works hard to ensure that her students develop a love of learning, a strong sense of self, and the drive to achieve their dreams.